It’s takeover time again. And no one less than Fritz Kalkbrenner takes over the command of the ‚Instrumental House Beats‚ Spotify playlist.

The timing for this playlist special couldn’t be more appropriate. Ten years after the release of his debut album ‚Here Today Gone Tomorrow‚ Fritz Kalkbrenner released his sixth studio album ‚True Colours‚ a few weeks ago. It‘ s his fourth album that made it into the TOP 10 of the German album charts. With ‚Kings & Queens‚ Fritz already gave an impressive foretaste of the album last year. With the second single ‚Good Things‚ he also underlined why he is one of the most popular and successful German artists in the electronic genre. For both singles there have been released fantastic remixes by artists like Township Rebellion, Stil & Bense or Mendo, just to name a few. 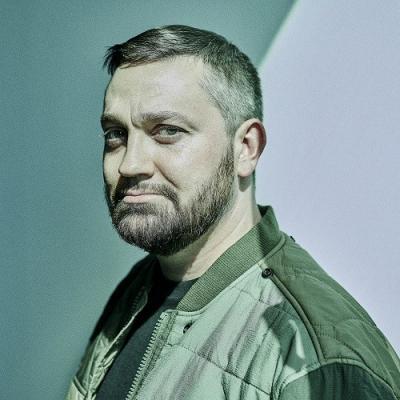 ‚True Colours‘ contains 13 tracks, 6 of them are instrumentals. For 3 tracks Fritz has collaborated with Ben Böhmer, who took over the ‚Instrumental House Beats‚ playlist last December. In my opinion the album is a masterpiece. Besides the high sound quality, the consistently high musical level of the tracks is convincing. There is no track that gives me the impression of being there just to get a certain album length. But my highlight is the variety of the tracks and their order. Tracks with vocals and instrumentals alternate almost continuously. I am a fan of Fritz Kalkbrenner as a singer, but I also love instrumentals (that’s why I run the playlist). The album offers variety, but still sounds carefully planned and seems to tell a story. There are ‚radio-suitable‘ tracks (Kings & Queens, Good Things and, apart from the length, also ‚Last Summer‘) as well as tracks that might find their way onto the setlists of club DJs.

As mentioned before, I consider the album to be outstanding. All the more sad that Fritz, like all artists, had to postpone the announced tour. He not only impresses as a producer, he is also a great live performer. Fortunately, alternative dates for the autumn were announced, when the Corona horror will hopefully not spoil the plans. You can check the latest dates on fritzkalkbrenner.com.

Now all that’s left for me is to wish you a lot of joy listening to Fritz‘ 10 finest instrumental tracks and don’t forget to save the tracklist in your own library. Follow the playlist, it will be updated weekly. Listen to ‚True Colours‘ consciously, it’s worth it! Thanks to the variety of tracks you will surely find a suitable track for your personal playlist.

Thanks for your rating! 🙂

We are sorry that this post was not useful for you!

Let us improve it!

Follow Klangspot Recordings on Instagram to stay up to date with all new releases and playlist updates.
Follow on Instagram
Playlist Submission
Manage Cookie Consent
To provide the best experiences, we use technologies like cookies to store and/or access device information. Consenting to these technologies will allow us to process data such as browsing behavior or unique IDs on this site. Not consenting or withdrawing consent, may adversely affect certain features and functions.
Optionen verwalten Dienste verwalten Anbieter verwalten Lesen Sie mehr über diese Zwecke
View preferences
{title} {title} {title}