It’s not Christmas yet. But nevertheless I have a gift for you: Ben Böhmer takes over the ‘Melodic Techno & Instrumental House‘ playlist.

It is a great honour and pleasure for me to be able to win Ben Böhmer over for a playlist takeover. Ben is one of those artists who are actually on a Klangspot playlist all the time. And there is a reason for that. In my opinion, terms like ‘Deep‘ and ‘Soulful‘ are used very inflationary in the Melodic House & Techno genre. Whenever possible, I try to avoid these terms. But in this case I have no chance. Ben is one of those exceptional artists who can really write poems with sounds. His tracks are paintings. He tells stories, even if some tracks have no vocals. His music is sometimes cheerful and uplifting, sometimes melancholic or even a little sad. All tracks are danceable. Nevertheless I wouldn’t call them light music. That wouldn’t do justice to his music. His music is characterized by a multifacetedness and can be rediscovered again and again. 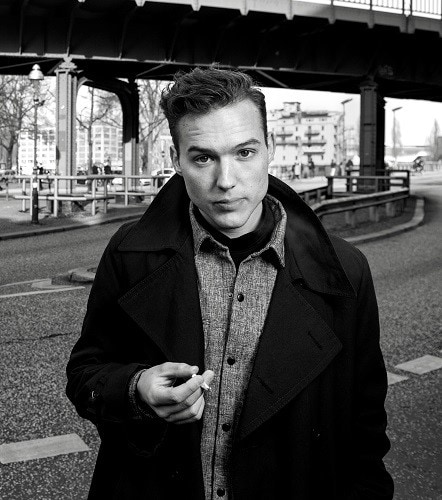 Also, Ben’s open to new ideas. On his recently released debut album ‘Breathing‘ you can find collaborations with Monolink, Jan Blomqvist, Nils Hoffmann or Malou for example. It’s very remarkable in this genre to release an album with eleven tracks (and two extended mixes) and not a single track is lagging behind in quality and may be called a ‘gap filler’. The release convinces from the beginning to the end. Awesome!

Ben likes to collaborate with other artists or produce remixes. This fact isn’t only known since ‘Breathing’. Even before he collaborated with artists like Fritz Kalkbrenner or Luttrell, just to name two. Personally, I find collaborations very exciting. Especially collaborations with artists from the same or similar genre. The basic character of the music remains, but appears in a different light. For example, ‘Rye‘, which was created in collaboration with Fritz Kalkbrenner, is one of my most heard tracks in 2019.

The support list and the numbers impressively prove the league, in which Ben Böhmer plays. Almost 40 million streams, picking up BBC Radio 1 support from Annie Mac and Pete Tong, including an ‘Essential New Tune’, and being featured in Billboard’s ‘Ones To Watch’ are the deserved result of his musical work.

For over three years now Ben has also been running his own label, the ‘Ton Töpferei‘. But he also publishes his own tracks on other labels. His debut album, like many of his tracks, was released by Anjunadeep.

A quick look at his tour dates shows that Ben has fans all over the world. Also for the coming months there are already dates for his live show, which will lead him once again to the USA and Canada.

Check out the dates on his Anjunadeep artist page.

Spotify playlists with the hand on the pulse of electronic music.