Today I’ve got some great news. For the first time an artist is taking over a Klangspot Spotify playlist. I feel particularly honoured cause Normen Flaskamp (Solee) is aside Joachim Pastor, Worakls and N’to the artist, who inspiried me to curate the ‚Instrumental Beats‘ playlist. He is a playlist resident, so to say. And now he provides a selecton of 10 amazing tracks, which are placed right in the front of the playlist.

I am not inclined to categorize his music in techno or house, cause it’s impossible and not necessary. Checking Every Noise at Once, Solee will be attributed as tech house, deep melodic euro house, minimal techno and deep euro house. Maybe. But Solee sounds 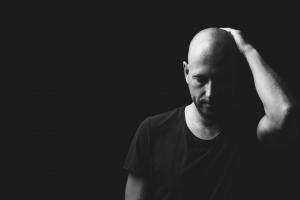 like Solee. In my modest opinion the music could be placed on techno, house, chill or almost any electronic dance music playlists and everybody would be happy. That’s not meant in a negative way at all! Solee’s music can’t be descriped in stereotyped thinking.

Normen not only made a name for himself as producer, DJ and live act. but also as label owner. Parquet Recordings is an institution regarding to electronic dance music. ‚Class instead of Mass‘ is the motto. He manages Parquet Recordings alone. Big names like Township Rebellion, Hidden Empire, Tim Engelhardt or Oliver Schories released on Parquet. But it’s also Norem’s particular concern to discover new promising artists, whose music fit to the Parquet philosophy. Meanly Parquet Recordings can look back on 200 releases. It would be possible to fill up the ‘Instrumental Beats’ playlist just with Parquet tracks without getting bored.

Spotify playlists with the hand on the pulse of electronic music.